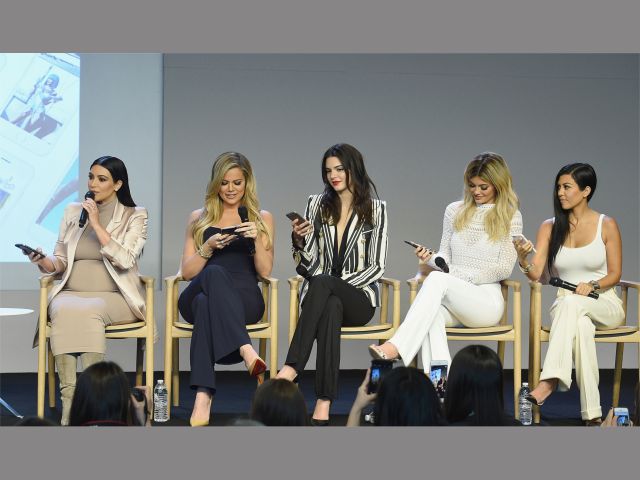 In a world where we’re all constantly attached to our smartphones (mine is sitting next to me right now), it seems like a no brainer that Marketers need to take advantage of the time spent on mobile. How many times have you look around the room and noticed that all your friends are on their phone? Countless times for me.

I mean, individuals spent 150 minutes on their phones every day, and it would be in a marketers best interest to utilize all that time spent staring on screens. In fact, we spend so much time staring at screens, that we’re pretty much facing long term damage to our eye sight. Think about what you’re doing while you’re waiting to meet a friend, or waiting for the bus? You’re probably on your phone, on Facebook.

Lets even take it a step beyond that and talk about this new term called stacking – where you’re using multiple screens for unrelated content. That could mean that while I’m typing this blog on my laptop, I’m also watching the The Bachelor on my TV. Fun fact: 2/3’s of American’s are stackers. 70% of simultaneous device use is looking at unrelated content. Which kind of means that we all really like to multitask, but we’re focusing more on what we have in our hands. Which means I should be paying more attention to my blog than I am to the Bachelor…

Another phenomenon we see with multiscreen and multi-platform usage is meshing. This ones cool – it’s kind of like live tweeting. For example, the Kardashians typically “live tweet” their episodes – where they’ll hop on Twitter and create a conversation with the viewers about what’s going on in the episode. 30% of multi-device use is for meshing. So, viewers are not only Kardashianing on TV, but they’re Kardashianing on Twitter. Only in 2016.

What does this all mean for Marketers, though?

It means they need to really push their marketing towards mobile. We can integrate literally every single concept we’ve talked about and relate it to mobile. A/B Test for your mobile site, make sure your UX is optimized for mobile, Programmatic Advertising, and what I find most interesting – SEO for Mobile.

Let’s talk about optimizing your site for mobile. Lets say you hop onto website X and everything is a mess. It’s basically the desktop version but crammed into your tiny 2×4 inch screen. Ugh, right? Nothing is worse. So what can marketers do about this? They can make entirely new mobile versions of their sites, or they can just make sure their site is responsive to what the cache and cookies pick up about the device type. HubSpot has a cool blog post about the 15 Best Mobile Website Design you can check out if you want some cool ideas. 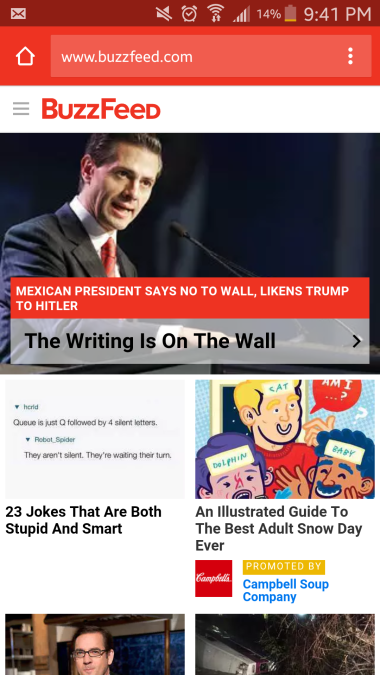 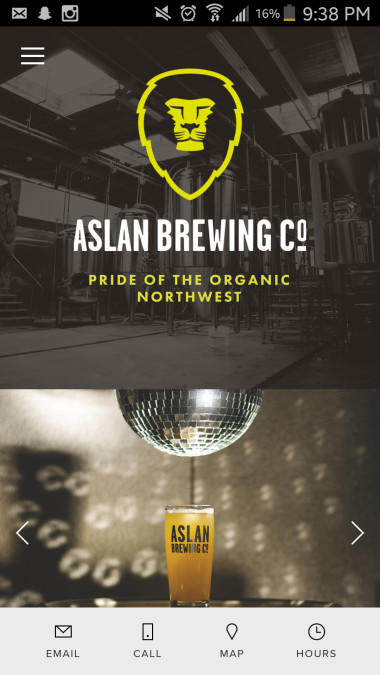 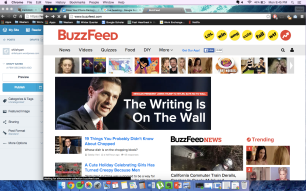 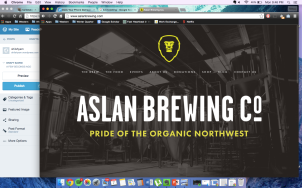 As you can tell, both BuzzFeed and Aslan Brewing Co. really optimize their website for mobile users. Let’s take a look at the differences between the tw0 – BuzzFeed basically started from scratch to create a mobile website – which makes sense because a company like BuzzFeed has the man power and the money to put into making a new website. Look at Aslan – not as much man power or money since they’re just a new business – but they’ve still changed it a little to make it easier for mobile users. That’s what I mean by responsive, the Aslan site is picking up that the visitor is on a mobile and it automatically adjusts the size and layout for that.

Apps are all the rage. 57% of people use an App everyday of the month, which is huge when you think about all the advertising opportunities through Apps. When we talked about Programmatic, we talked about how companies can have a programmatic software schedule advertisements in these Apps that everyone is using. Sweet right? That’s a great way to get an audience on your advertisements, and if they are placed in Apps that are related to your company, you’ll probably see a pretty good ROI on those.
For example, the newly launched Kendall and Kylie App has in-app advertisements for companies like Sephora, Ulta, MAC, some designer fashion lines too. These are all brands that people that are playing the Kendall and Kylie game would likely be interested in, so it’s a good idea for these companies to run their advertisements on this app.

What’s the future of Mobile Marketing?

As mobile ad campaigns get pulled into the fold, advertisers will turn their attention to developing more integrated cross-platform campaigns that not only span the digital media universe but also work in conjunction with TV campaigns. The value of unification is clear to both media companies and advertisers. Media companies can package their inventory together in a manner that meets the needs of the advertiser most efficiently.

So, that’s cool, right? We can expect to see a lot of integration across platforms and interaction across platforms. That’ll be the next push in multi-device marketing, and that’s something we can certainly look forward to. It will be incredibly unique and new, but I’m sure it will be effective.

This is my second to last blog for DigiMark!